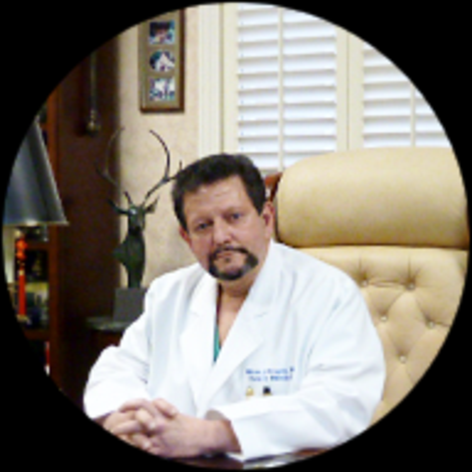 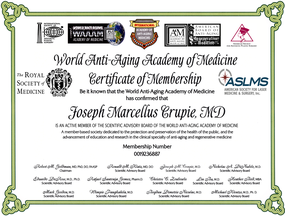 "Family medicine (FM), formerly Family Practice (FP), is a medical specialty devoted to comprehensive health care for people of all ages; the specialist is named a family physician, family doctor or formerly, family practitioner. It is a division of primary care that provides continuing and comprehensive health care for the individual and family across all ages, genders, diseases and parts of the body. It is based on knowledge of the patient in the context of the family and the community, emphasizing disease prevention and health promotion."              American Academy of Family Physicians.

As one of our country’s medical leaders, Dr. Crupie served on President George W. Bush’s Healthcare Advisory Committee during the administration's two terms.

Again in 2010, Dr. Crupie was elected to the Global Directory of Who’s Who Top Doctor category, honoring his lifetime achievement in medicine.

Dr. Crupie has continued his post-graduate training throughout his career acquiring thousands of hours in specialty training. He has received the American Medical Association’s Physicians Recognition Award every year for over a decade. He is Tennessee Board of Health credentialed and a diplomat of the International Mesotherapy and Lipotherapy Society through Aesthetics M.D. International. He provides advanced Botox for facial aesthetic and enhancement, the most current dermal expansion therapy, and the full regimen of Lipotherapy and the latest Lipo-Dissolve techniques.